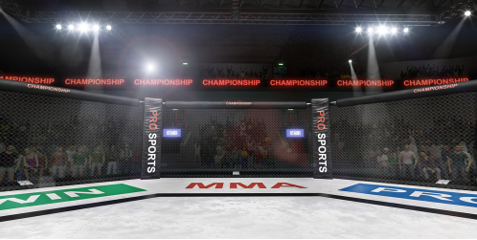 Mixed martial arts is not for the faint of heart. The sports can be tough, and brutal at times. If you’re keen on training and potentially competing in these sports, you should be properly prepared. With the right MMA gear, you can train safe, allowing you to give 100% when it’s time for the actual fight.

Let’s take a look at the MMA gear that will provide the most critical benefit as you get started in the sport.

Purchasing and using MMA gloves for your training is non-negotiable; all officially sanctioned MMA bouts require their use. But MMA gloves are an essential piece of MMA gear regardless.

To become a competent mixed martial artist, you will need to develop your abilities in upright striking, even if you specialize in grappling or ground fighting. Throughout your striking training, you will be hitting punching bags, focus mitts, and your training partners. In order to train as long and as often as you will need to, you will want to protect your hands from all those impacts.

MMA gloves focus on protecting the fighter’s hands, while allowing the freedom of movement to grab and grapple. Quality MMA gloves are crafted with thick, dense padding that covers the top of the hand, the knuckles, and the fingers. The finger-tips are usually exposed. This design protects the fighter’s hand when striking, but doesn’t significantly restrict movement when grappling.

When looking for MMA gloves, you will encounter three main types. Bag gloves offer substantial padding over the fist to protect your hands from repeated impacts with the heavy bag. Sparring gloves also usually come with lots of additional padding, but in this case the focus is usually more on protecting your training partner. Finally, competition gloves tend to have less padding than the other two. Competition gloves are designed to be lightweight and to provide protection for your fists, while allowing as much force from your strikes to be transferred to your opponent.

When choosing your MMA gloves, look for a pair with plenty of wrist support. As your skill level progresses, you will learn how to use your entire body and channel tremendous power through your hands. With a no wrist support, reactive forces are capable of doing serious injury to your wrists and forw! Play it safe. Choose quality MMA gear that keeps you off the injured list. 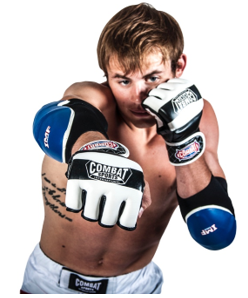 Mixed martial arts utilizes a lot of different strikes and attacks that target just about every part of the body. This increases the chance of a painful, errant shot to the groin than what you might see in a sport like boxing. For this reason you should always train with an athletic cup or groin protector.

Don’t think you need a mouth guard? Think again. A recent study determined that more than 5 million teeth are avulsed (or violently knocked out) each year during sports. These same 5 million teeth represent nearly $500 million dollars in dental care.

Some people have the notion that wearing a mouth guard will inhibit their cardiovascular performance. This is either untrue, or they are wearing an obstructive mouth guard. There are plenty of mouth guards designed with facilitating airflow, so be sure to grab the right one. 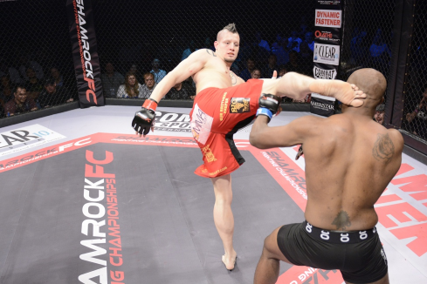 If you ever intend to step into the ring, your headgear is one of the most important pieces of MMA gear that you will purchase.

Sparring is one of the most beneficial forms of stand up training in mixed martial arts. Professional fighters will spend the weeks that lead up to the fight sparring for at least an hour a day. Before sparring, though, it’s essential to get proper headgear. We may agree to go “50%” with our sparring partner, but even at half power, a solid shot to the head hurts. We all want to avoid taking an injury in training that will prevent us from competing. Wearing headgear for every sparring session is a way to stay safe while training.

You should also wear headgear as a means to protect your nose and eyes and lessen the chance of a concussion. Sparring is a great tool and the closest training you can receive to an MMA bout, but you have to wear the right MMA gear to do it safely.

One thought on “MMA Gear for Beginners: 4 Must-Have Items”