NOTE: This article was edited on 2/18/19 to include more information about Velocity Based Training (VBT) and common devices used to measure movement speed for use with VBT.

If you’ve been following this blog for a while then you know that boxing training constitutes more than just physical strength. We’ve discussed speed, movement, endurance, and mental preparation.

Now, we’re going to take a look at the science that supports the training that goes into boxing. If you understand the physical principles involved, then you will be able to better identify ways to maximize strength, speed, and your overall boxing prowess every time you put on your headgear and step into the ring. 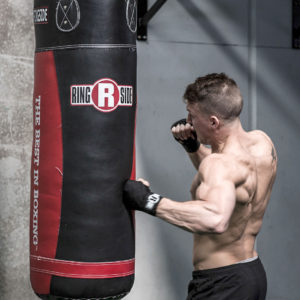 Figuring Out an Ideal Training Regimen

Punching requires rapid force development and can be fostered through explosive strength training. Sounds simple, but boxing tradition holds that adding muscle to boxers will slow them down while many strength and conditioning coaches argue the opposite. Turns out, both can be correct, depending on the training method.

Since forceful punches rely on momentum, getting bigger, stronger, and faster is the best way to punch harder. Yet boxers are limited in their ability to increase mass because of weight classes, so developing momentum without adding excessive muscle becomes priority number-one.

That’s where strength-speed exercises that train to develop a neuromuscular system with the capability to generate force rapidly come into play.

A well-designed training program based on the force-velocity continuum will help whip your body into ideal boxing shape. There is an inverse relationship between force and velocity, meaning the heavier the weight you lift (force), the slower you lift it (velocity) and vice versa

Using a range of exercises throughout this spectrum can help you develop strength and speed together. For example, the top of the spectrum might include squats and deadlifts which are high force and low velocity. The middle of the curve is more explosive strength and involves using a dynamic effort method (slightly lighter load with a higher speed), which could be box jumps or deadlifts with lighter weight.

As you get to the bottom of the curve, exercises could include bench press throw, jump squats, plyometrics and finally general speedwork. To reap the maximum benefits of your training program, identify your weak spots on the force-velocity curve and focus on improving those areas. 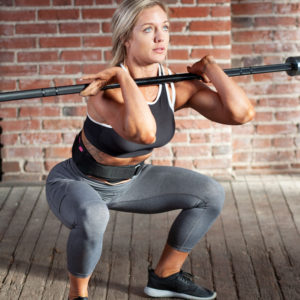 Olympic lifts are perfect for developing explosive strength whether you’re wearing MMA gear or boxing gear. They activate several muscles and joints and promote rapid kinetic chain sequencing, meaning a forceful punch can be generated from the lower body and hips on through the core and into the upper body.

Olympic lifts are another name for the snatch and the clean and jerk progression lifts. These lifts are difficult to do and should be performed under the tutelage of an experienced coach.

The Snatch: The snatch is where the weightlifter lifts the barbell from the floor to overhead in one fluid motion.

The Clean and Jerk: This lift involves moving the barbell from the floor to a “racked” position  resting on the shoulders (the clean) before extending to a fixed position above the head (the jerk).

If you’re not ready to do olympic lifts, there are a number of loaded jumps that  can be employed for similar effect. To perform a loaded jump, start with the barbell on your back and go into a deep squat. Explode upwards and jump as high as you can before landing softly into a deep squat. 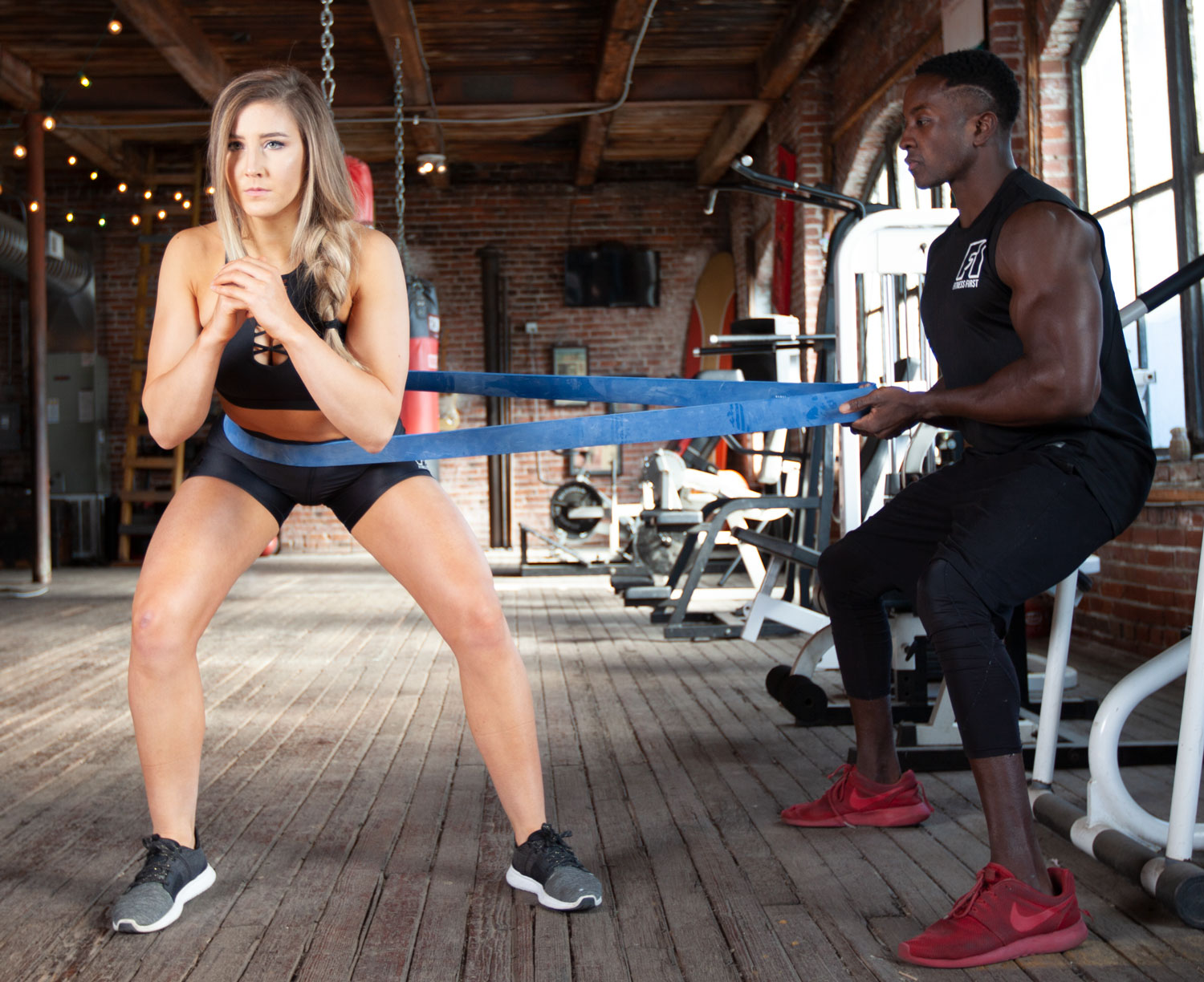 To produce a harder punch at a longer range, you can try to increase the amount of force-generating elements within a muscle tendon without adding too much weight. Using resistance bands can help accomplish this by encouraging you to apply more force at the top of the lift.

To avoid injury, use a lighter barbell weight than you normally do. For a bench press resistance exercise, locate the small bar underneath your bench press and attach the resistance bands to each end of the barbell. As you extend upwards, you’ll notice added resistance to the barbells.

Velocity-based training (VBT) flips the script a bit on how athletes build their workout routine. Instead of focusing on the load (weight) associated with a particular exercise, the athlete instead focuses on the velocity of the movement. The Force-Velocity curve shown below provides specific velocity windows (as opposed to fractions of an individuals single rep max or 1RM) to achieve certain training goals.

In the case of a boxer trying to target a Stregnth-Speed range, the athlete would want to perform his or her movements with a velocity between 0.75 and 1.00 meters/sec. The athlete would choose a load that allows this velocity to be maintained thorughout the full exercise (3 or 4 sets). If the movement is too slow, reduce weight. If it is too fast, increase weight. Organizing training this way has the benefit of allowing the athlete to adjust on the fly to any fluctuations in capability.

The down side to this type of training is that it requires some specialized equipment that usually costs at least $250 to $350. We don’t have any specific recommendations on tools to help dial in your VBT training, but here are links to some of the more popular devices:

4 thoughts on “The Science Behind your Coach’s Training Regime”