We asked our friends at FighterCulture.com to write up their thoughts on some of the fundamentals of bagwork for us. This is a pretty good outline on some of the key concepts to making sure you’re getting the most out of your Heavy Bag work.

Hitting the heavy bag, commonly referred to as bagwork, is one of the most essential drills in combat sports like boxing, Muay Thai, or MMA. However, using the punching bag properly is a skill on its own. 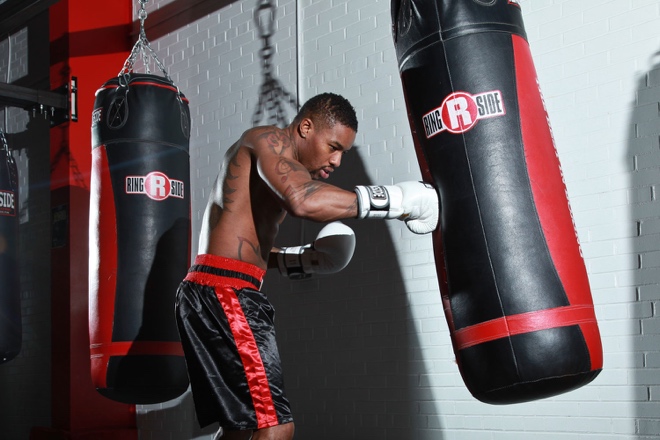 In this article, we are going to talk about bagwork fundamentals and will give you some tips on how to utilize the punching bag the best way possible.

One of the most common mistakes that inexperienced boxers make when working on the heavy bag is that they push on their punches.

This is a terrible mistake that translates to poor performance in sparring and competition. Pushing your punches results in:

This often happens because inexperienced fighters want to throw big, heavy shots. However, speed is what kills in the ring. This is especially true for boxing in particular and for combat sports in general.

When you’re engaging in bagwork training, don’t worry so much about striking with 100% of your power. You can knock your opponent down even with your lightest punch if you catch him off-guard and perform the punch with good technique.

So rather than concentrating on power, keep your focus on punch speed and technique.

Always try to snap your punches explosively rather than pushing the heavy bag left to right. This is a skill that is best learned on a punching bag and you will see a real difference when it translates to fighting. Think of your hand like a whip that has to snap the target and then return to the start position relaxed.

Footwork is one of the most important aspects of boxing and combat sports as general. When you are doing your bagwork think about your footwork like you are fighting a real person.

Manage the distance, don’t lean on the bag and don’t get sloppy with your feet. Circle around, go in when you are punching and out when you are not. This will create good habits which will be useful in sparring.

Talking about eye contact for heavy bag training feels funny. However, a common mistake for beginners is to develop lazy eyes during bagwork.

Focus on your opponent(in that case – the punching bag) but don’t stare. Make sure you are aware of your position and distance.

The natural eye position is just to look forward and that is what you should do.

4. Keep Your Guard Up

Dropping the guard when training on the heavy bag is a common rookie mistake and you must make sure to avoid it. Yes, the bag won’t hit you but as we already said a couple of times so far in this article – the habits you practice in your bagwork will translate to the ring.

It’s easy to drop your hands when you are tired during training; especially since the bag can’t punch back. But you need to keep your guard up at all times. You can even simulate more complicated defensive techniques after you attack the bag for maximum real-life experience.

5. Move Away When You Aren’t Punching

Just like in a real fight you should move away if you are not punching. Why? As we already said, habits play a very important role in fighting. When you are in a fight you need to do as much as you can do instinctively without thinking about it. You can’t stop to remind yourself to move away from your target.

And what if you are used to not moving away from the target? You get hit.

Maintain your distance at all times and don’t get lazy with your feet. Jab your way in an out and don’t stop moving.

If you can’t move fast enough to keep up with the bag maybe you should try working on some heavier punching bags. 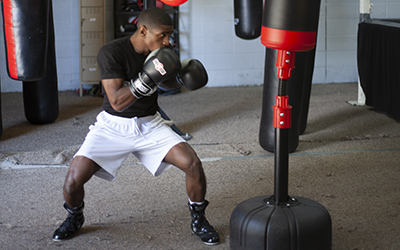 This is an extremely important thing if you want to maximize the effect of heavy bag training. In a real fight, your opponent usually starts punching when you stop. That’s why, if you can touch the bag, then you should be hitting it.

Also, this constant motion is extremely beneficial for developing your cardio endurance. If you work hard on the heavy bag you will translate that same cardio in the ring. Which is always a good thing.

You can throw some light punches and move around the bag if you get too tired but combining constant punching with good distance management and raised hands will result in a great heavy bag workout.

Remember, everything you do during your bagwork will translate to sparring and fighting. Practicing your moves on the heavy bag correctly, will, over time, mean that you naturally perform those moves in the ring. That’s the end goal.

So make sure to always perform the punches with the best technique possible and train like you are fighting a real opponent. That is the best way to progress.