When you watch any professional boxing bout, you will notice that a boxers hands are rarely down to the side. For most of the fight, the hands are either up in a guard position, protecting the boxer’s head, or out in front throwing punches. And when it comes to punches, boxers fists are moving a lot: 40 to 80 punches thrown per round (depending on fighting style and weight class).  Training with weighted gloves is one way to develop the stamina you need to keep your hands moving for 10 rounds. Weighted gloves are a valuable training tool that can also help you develop the quick hands you need to set up your most powerful punches. So, what makes them so special? 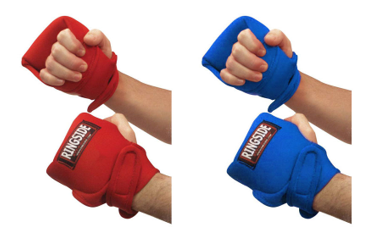 What are Weighted Gloves

Weighted gloves are nothing like your training boxing gloves. Although they do wrap around and secure to your hands, they don’t offer any protection that you’d get from a training glove, or even handwraps. So you wouldn’t use these for any training that might involve striking a target.

A weighted glove is going to put two or three pounds of additional weight on the back of each hand. By comparison, your heaviest training gloves are just a little over a pound. You can wear these gloves while doing your cardio exercises (like running or jumping jacks), but weighted gloves really shine when you wear them during your shadow boxing.

As we mentioned briefly in our introduction, weighted gloves help you develop speed. When you artificially increase the weight of your hands above what you’re used to, you are pushing your body to overcome greater resistance. As your body adapts to the additional resistance of the, you’ll find that your hands are a little bit quicker than when you’re wearing your normal training gloves. Working combinations while wearing weighted gloves is a great way to develop the kind of speed in your hands that will dizzy your opponents.

Training with weighted gloves is much more exhausting to your body than when training with traditional gloves or handwraps. While the additional two to three pounds per hand may not seem like much, they’ll start to seem like a lot after you’ve thrown five or six hundred punches in a single session. The first time you try it, you may find you can’t complete your typical shadow-boxing routine because your arms will hit fatigue a lot sooner.

Within a matter of weeks, though, your muscles will start to adapt to the extra weight by increasing in strength (given enough calories are ingested daily) and stamina. Greater strength results in stronger punching power. Greater stamina means that you’ll still be throwing solid punches and holding your block after your opponent starts to tire and drop their guard.

The beauty of using weighted gloves is that it is an all-in-one fitness tool. It serves to develop speed, muscle, strength, and greater cardiovascular endurance simultaneously. As you push your body further, your cardiovascular system begins to adapt to greater demands placed on it.

Once you return to wearing your traditional boxing gloves, they should feel extremely light. The less exertion you perceive, the longer you will be able to perform the activity.

The Rate of Perceived Exertion

Let’s examine the Rate of Perceived Exertion (RPE) scale for a moment, as defined by the Cleveland Clinic. This scale is behind the whole idea for pushing yourself outside of your normal boundaries and using weighted gloves. In a basic sense, it is a scale of 0-10 to quantify the difficulty of an exercise—0 being easy, with 10 being extremely difficult.

Now, imagine that you rate a 30-minute training session with 16-oz bag gloves at 7 on the RPE scale. After a month of using weighted gloves, your body will undergo musculoskeletal adaptations that improve your performance, given that other variables remain constant. As a result, when you return to wearing your 16-oz gloves, you are likely to rate the same 30-minute workout a 5 or less on the RPE scale. Theoretically speaking, the less demanding an activity is, the longer you will be able to perform it without breaks. Simply put, using weighted gloves will position you to endure longer workouts, train harder, and outlast your opponents. 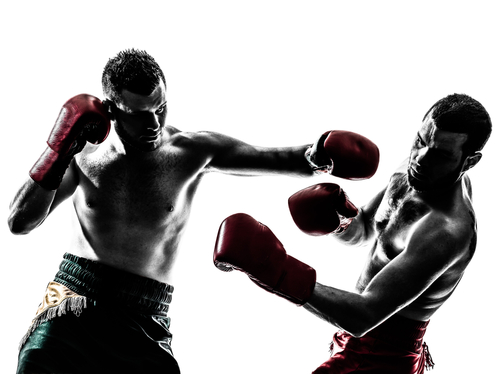 Some of you are probably reading this and thinking, “Why can’t I just work combinations with dumbbells?” Unless you own 2- or 3-pound dumbbells that are shaped like fists, this exercise can become extremely awkward for your form and your joints, too. Although weighted gloves don’t look and feel exactly like competition gloves, they are designed to match the shape of your hand and distribute the weight evenly. This means they’ll allow you to guard your chin and perform your combinations in the exact manner that you would while training in your regular gloves. If you tried to do the same while also holding a dumbbell, you’d likely hit yourself in the face repeatedly…not a recipe for productive training session.

So if you’re ready to increase your stamina and punching power and become a cardio machine, then you have to give these weighted gloves a shot—they’re a knockout!