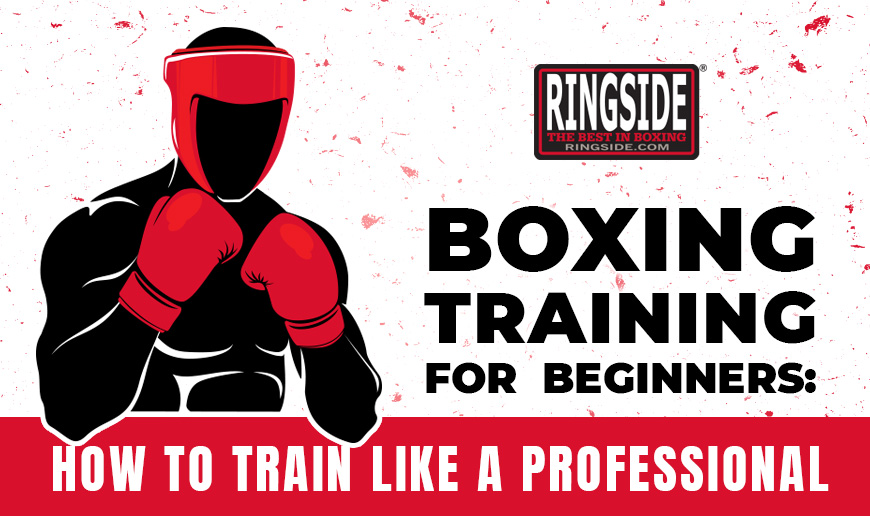 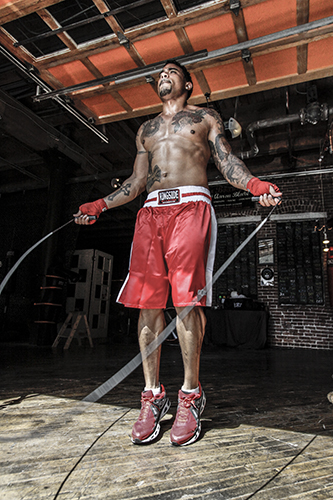 Tired of getting your butt kicked? Or maybe you’re just looking for a great workout and a fun way to stay in shape? Whatever the case may be, boxing is an incredible sport that helps propel athletes to the next level. Boxers can get a much better workout than most traditional gym workouts. I like to think this is because a treadmill or elliptical cannot punch you in the face. You will work much harder when your partner is actively pushing you and flailing punches in your direction.

First off, I would like to congratulate you for taking on such a challenging path. Aside from that, you are probably wondering about what you need to do to train like the pros and increase your boxing abilities. Anybody can look good while working a punching bag, but to be able to hold your own in a physical confrontation or boxing match is a different story altogether.

Case in point, have you ever seen a trained fighter mix it up with the average Joe? It’s usually pretty easy to tell who knows what they’re doing and who never set foot in a gym before.

Before taking on boxing training, you should have a base level of conditioning built up. Sure, you don’t have to be able to run a full marathon, but you should have enough cardiovascular endurance and have some strength built up as well. Boxing training is very demanding on your body. To make the most of your training and to maintain proper form, you will have to avoid debilitating fatigue.

Before setting foot in a boxing gym, make sure you spend at least a couple of months working on your cardiovascular endurance and some calisthenics if you’re not hitting the free weights. If you have been training and you’re wanting to take on a new challenge … have at it! 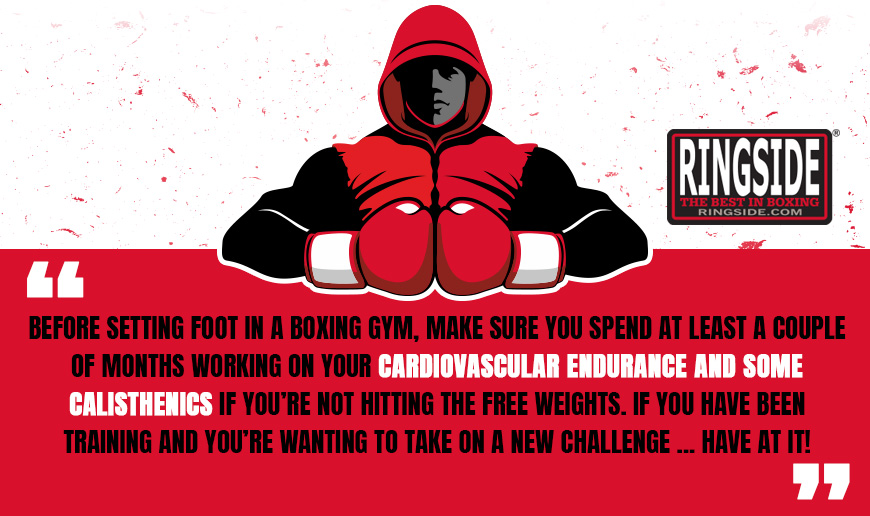 One of the reasons it’s so important to be in decent shape is that you want to be able to keep up with the rest of the group as you’re going through drills, sparring, etc. As you train your body and your cardiovascular system, your heart and your muscles will learn how to use oxygen more efficiently.

If you have to stop to catch your breath every couple of minutes, it’s safe to say that you will not get enough quality time in learning the movements and drilling them.

Another reason to work on your conditioning first is to avoid injury. By introducing your body to resistance exercises and cardiovascular exercises; you will strengthen your muscles (the heart is a muscle, as well), and your tendons and ligaments. This is the best way to prevent injuries. Stepping into an intense boxing training session as the first workout in your life is akin to jumping into the deep end of a pool without knowing how to swim.

Let’s start from the ground up with your footwork. Footwork can be your friend or foe; when you use it well, it creates opportunities. On the other hand, when you step in the wrong direction, you might set yourself up to get knocked out. Before working on the fancy combinations and attacks, master your footwork.

To determine your stance, you will have to analyze which arm is your strongest. You always want to have your weaker side to your opponent, so that you can load up heavy with your strong side. If your right hand is your power hand (which is the case with most people), then you want to adopt an orthodox stance. An orthodox stance places your left foot in front of your right foot. You will stagger your feet about 12 to 16 inches apart for greater stability and mobility.

Southpaw boxers may have a slight advantage; due to the fact that the majority of boxers are right-hand dominant. A left-hand dominant boxer will throw off most boxers unless your opponent has trained with both orthodox boxers and southpaw boxers.

By evenly distributing your weight on both feet and staying on your toes, you will have better balance and footwork. If you get caught with a strong punch on flat feet, you are more likely to lose your balance. Staying on your toes also allows you to move around more quickly.

Boxing is all about opportunities; it’s finding the right opportunities and knowing when not to act. If you find an opening in your opponent’s defense, you want to be able to exploit the opening as quickly as possible.

In order to stay as grounded and balanced as possible, boxers should move their lead foot forward first while stepping forward. The back foot will slide forward. Conversely, when you are taking a step backward, you will lead by stepping back with your rear foot and your lead foot will slide. In this manner, you always have at least one foot that is grounded at all times; this comes in handy if you are moving and take a hard shot that you make you stumble.

By spreading your stance a bit and having at least one foot on the ground at all times, you are much more stable and ready for any attack. This will also allow you to spring forward for a counter attack, or to pivot for a powerful punch.

Similar to your forward and backward movements, you will step with your left foot and drag the right foot if you are moving to the left and vice versa. Again, this helps you remain grounded and ready for an attack. If you’re performing both of these movements correctly, your feet will never cross each other. Your feet should always be spaced 12 to 16 inches apart.

If you take a punch with your feet crossed, you are more likely to go down. In boxing, knockdowns count against you; in mixed martial arts, being knocked down by a punch is practically a death sentence. You can expect your opponent to take a top position on the ground and begin an onslaught of attacks. Don’t underestimate the importance of your footwork!

You should always keep both of your gloves up by your chin with your elbows close to your sides to protect from body shots. Most knockouts occur because of a strong shot to the chin … hence they call it the “button” in the fight game. By keeping your hands up at all times, you will reduce your chances of being knocked out. 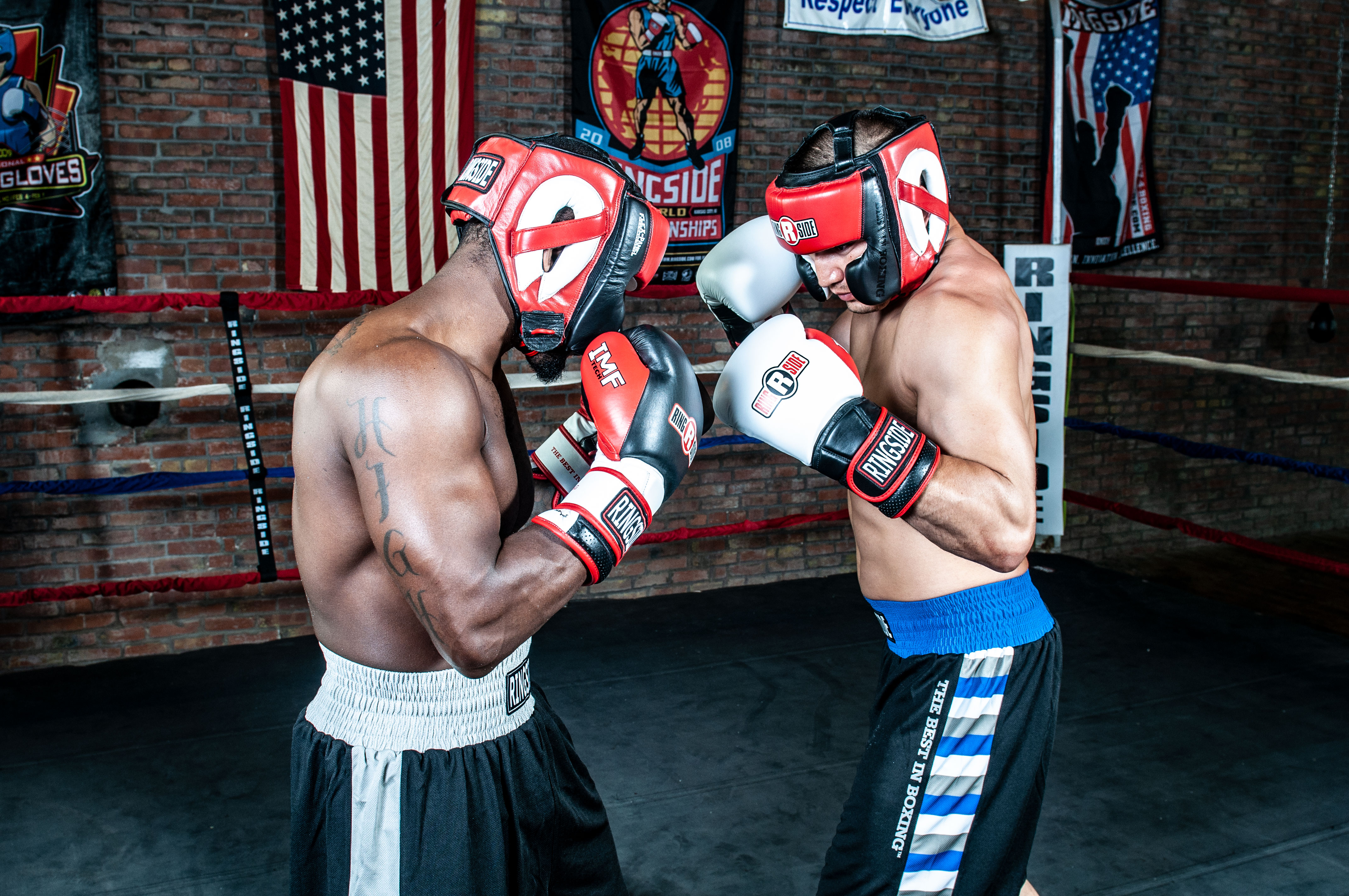 As a side note, a tell-tale sign of a boxer who is severely fatigued is one who cannot hold his or her boxing gloves up to protect his or her chin; if you see this, that is your chance to capitalize on the opportunity.

Your Guard While Punching

Simply put, while attacking with one hand, you should be blocking with the other. Let’s say you are throwing a jab from an orthodox stance; your left hand attacks while the right hand is up by your chin. The inverse is also true, and this will apply to basically every type of attack in boxing. Always keep your guard up!

One of the most obvious signs of an experienced boxer is actually not so obvious to the untrained eye. A skilled boxer or boxing enthusiast can recognize it, but it generally flies under the radar with most people. I am talking about head movement.

With great head movement, you don’t have to block any punches because none of them will hit their target. This comes with years of practice, though. I’m not advocating that anybody here drops both of their hands during a sparring match or an official bout and goads their opponent to sock them a few times. Do yourself a favor and start learning proper head movement in order to make yourself a more elusive target.

For some great examples of fighters who have mastered their head movement, watch Floyd Mayweather Jr., and, in MMA, check out Anderson Silva in his prime. Silva often dropped both of his hands and taunted his opponents into wearing themselves out with plenty of missed strikes. He would later take them out with counter shots. Don’t expect to master this during your first few months, but keep it in mind.

Some people think that a good defense is a strong offense, while others prefer to tire their opponent out by focusing on defending while their opponent punches himself out. The truth is that you have to develop your own style by learning what you are comfortable with. If your style is to come out and be aggressive and push the pace of the fight, then make sure to pick and choose your shots well and always be ready to defend from a counter-attack. 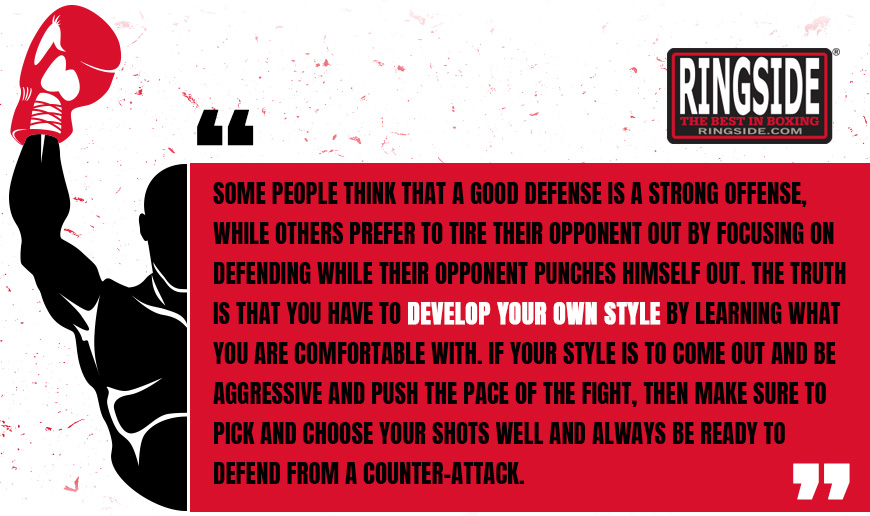 Alternatively, if you are more of a defensive fighter, you will have to focus on your movement and feints or other strategies to wear your opponent out. Defensive fighters tend to rack up fewer strikes overall, but they wait for an opportunity to land a more significant strike. The ones that hurt the most are the strikes that you do not see coming.

When you master the basics, like footwork, guarding, and slipping, the opportunities for your attacks will start to open up. A competent boxer knows better than to swing for the fences and hope he lands a haymaker. Boxing is a calculated, methodical sport. The competent boxer will study his opponent within the first minutes of the bout to analyze his capabilities and what makes his opponent uncomfortable, in addition to finding his range.

“Make them miss, make them pay” is a very common saying in boxing that summarizes everything we’ve covered in striking so far. An opponent who is eager to lop your head off may come with a flurry of attacks. Remaining calm and composed under fire is what separates a good boxer from a great boxer.

Perhaps the best form of boxing training you can participate in is sparring. While you can develop basic skills by working on a punching bag or focus mitts, none of these activities can replicate a true combat experience like sparring with an opponent can.

In order to do it safely, make sure that you have a training partner acting as a referee when the competition starts to heat up a bit. Also, make sure that both partners are wearing boxing gloves, headgear, and an athletic cup.

Don’t jump into sparring on your first day, either. Make sure that you take some time to learn the basics and how to defend yourself. Also, make sure to feel out your coaches and your training partners. A competent boxing coach should be able to evaluate each of their trainees’ skill level and personality and match up sparring partners that will mesh well.

This is by no means an all-encompassing guide on how to be a great boxer. Boxing is not necessarily a science like most would consider. It is more of an art. Art is a relentless pursuit, and you will never completely master your craft because there is so much to learn. Reading this article will not make you a great boxer overnight, but it will give you some general information and things to look for during your boxing training. 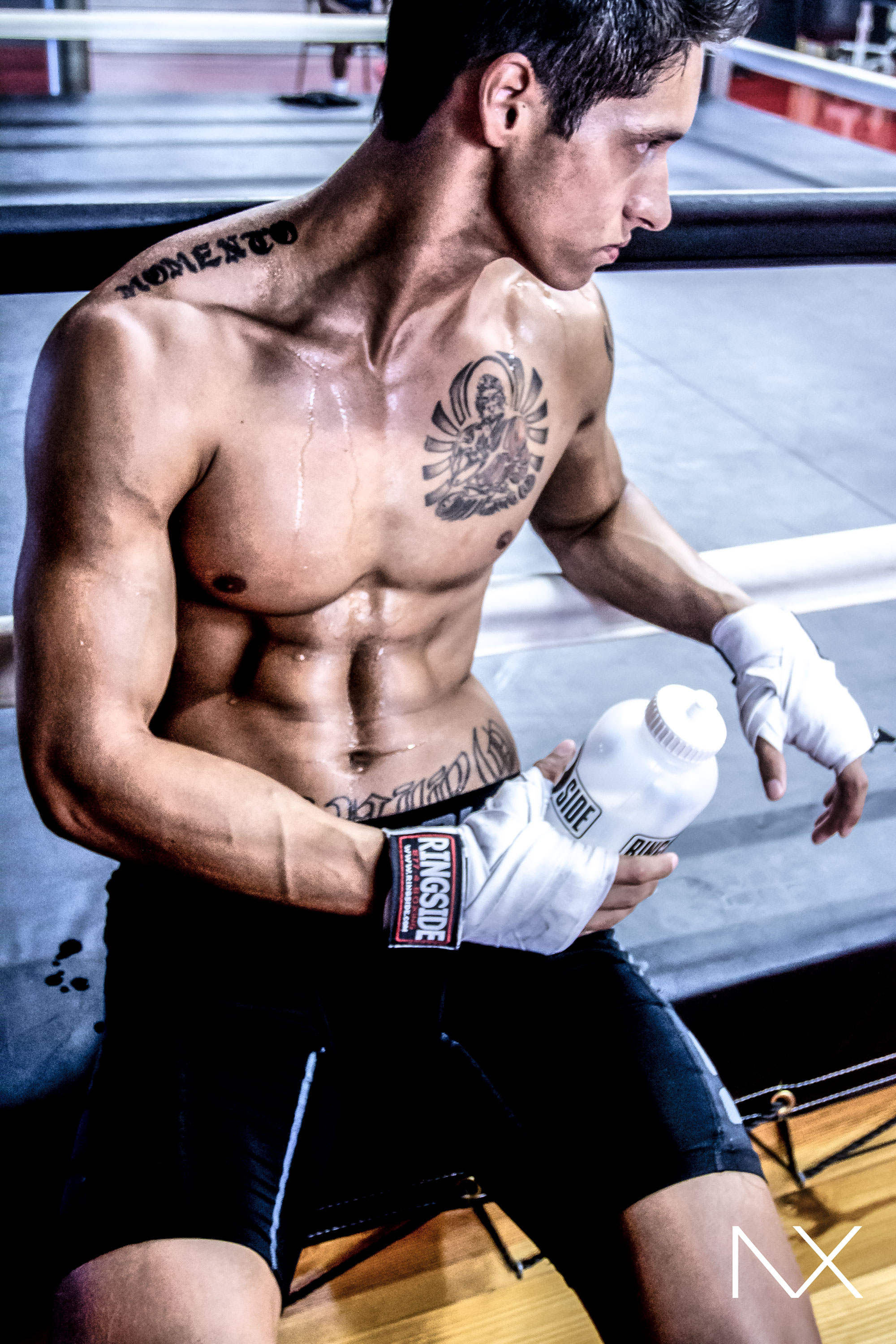 2 thoughts on “Boxing Training for Beginners: How to Train Like a Professional”